A fashion legend, a philanthropist, an icon: one of the most influential designers of all time will be turning 80 on October 14th 2019. To celebrate this milestone, we have collected some surprising facts about Ralph Lauren and his legacy. The Wolf of Wall Street, starring an unforgettable Leonardo Di Caprio in the role of broker Jordan Belfort, was an immediate success: the movie became a sort of bible for all aspiring rich-men everywhere. But who would have thought this cinematic masterpiece would impact online shopping? After Leo wore a white RL Polo shirt in one of the movie’s most iconic scenes (remember when he’s tossing dollar bills from the top of his yacht?), the search interest on Google Trends for white polo shirts increased by 85%.

For over 50 years, Polo Shirts have been RL’s most beloved and distinctive garment. The shirt was originally created in 24 colors and and in only 1 fit: over the course of time it has been released in several additional colors, style, limited editions. And yet, the most wanted Polo Shirt still remains the classic white.

These are the top 5 most popular colors of RL Polo Shirts on Stylight: He’s the richest American designer – no wonder, since the average price for his products is 450 dollars

In 2019 Ralph Lauren has been nominated among the top 3 richest designers of the world, following Miuccia Prada and Giorgio Armani, making him the richest American on the list. According to Forbes, he has an estimated net worth of 6.2 billion US dollars, allowing him to also make Forbes list of richest people in the world, ranking at number 215.

It makes all sense when we look at how well his business is going. In recent months, the RL Corporation has increased its marketing invest, specifically to appeal to younger generations and also to regain a premium positioning. Looks like it’s working: the average price of the top 150 products clicked on Stylight is 451,18$. The royals love him, even making him a knight of the British empire

Ralph Lauren’s ties to the British royal family are extremely close. He was already buddies with Princess D, he is often seen hanging out with Prince William, and in general the royals love to wear his creations for public appearances. Not surprisingly, in 2018 he became the first American designer to ever be knighted by the Queen.

Meghan Markle, who was a brand ambassador even before marrying into the Winsdor family, is probably the biggest RL fan. Everyone remembers her in the pin-striped white and blue RL blouse she wore at Wimbledon in 2018, and Club Monaco was her most worn brand during her pregnancy.

One outfit, however, caused quite the stir. For Prince Louis’ baptism in July 2019, she chose to wear an olive dress by Ralph Lauren: after the appearance, searches for “Ralph Lauren green dress” peaked on Google Trends, as search interest rose by 223%. Shop all the latest trends in Fashion, Beauty and Decor

Ralph Lauren’s love for his country is undeniable: of course, he’s the guy that put a US flag on a sweater and made it cool. But he’s also served in the military during his youth, set up a fund to help victims of 9/11, and is the official designer of the parade outfits for the American Olympic team.

But that’s not all: like a true American, he has the wellbeing of others at heart. In 2000, he founded the Pink Pony brand, aimed at donating 25% of sales to breast cancer research. He has launched a Gay Pride collection in support of LGBTQ+ rights, and an Earth Polos line, with textile made entirely out of recyclable plastic. And the list of his philanthropic activities goes on. Ralph Lauren is the king of preppy, sporty fashion, and has always stressed how he gets a lot of his fashion inspo from sports. It’s well known that his aesthetic draws direct inspiration from sports like polo, rugby and horse riding. Another strong connection he has is with tennis: he has been an exclusive partner for Wimbledon since 2006, providing all official outfits for the tournament’s staff.

This partnership is so strong that, during Wimbledon, attending celebrities, royals and athletes alike enjoy wearing RL outfits. This really helps the brands’ PR: during the last 2 days of Wimbledon, Stylight saw an increase of interest for RL brands by 36%. He’s the founder of an astounding 17 brands

When we talk about Ralph Lauren, we don’t just mean a single brand. The Ralph Lauren Corporation, of which Ralph Lauren is founder, executive chairman and creative director, is comprised by 17 brands, including Club Monaco, Chaps, and American Living. Did you know he also has a brand of wall paint? The man has really thought of everything.

These are the 3 most clicked brands on Stylight: Ralph Lauren’s creations are extremely beloved by celebrities, who are often seen wearing his sophisticated gowns on the red carpet. So we were very surprised to find out that he has designed only 1 Oscar winner’s dress: it’s Gwyneth Paltrow’s 1999 powder pink gown, that she wore when winning Best Actress for her role in Shakespeare in Love.

He might have done the job once, but he definitely aced it. This is probably one of the most iconic Oscar dresses of all time – and managed to keep us distracted while Gwyneth delivered one of the cringiest acceptance speeches of all time.. 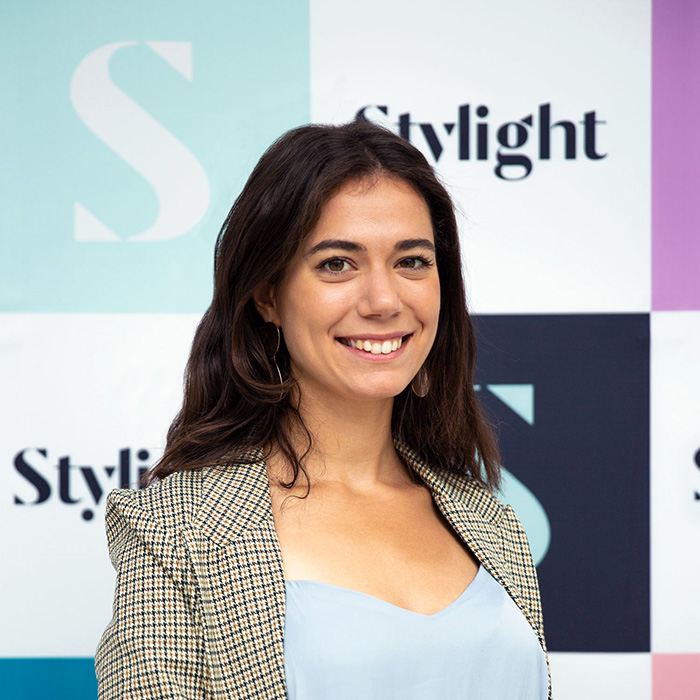 The holiday movies that continue to inspire us Pop Culture is the New Runway In honor of Pride Month, we want to highlight the notable icons, fashion, and brands of the LGBTQ+ community!